The last Hungry Eye was written over 6 months ago on April 2, 2020.  Since/during the world has pressed in with a siege of wordy engines, the sound of sirens and helicopters & a smoked-out sky drifted in from the west coast.  It has also fallen away as I continue to live in a mostly isolated state.  The threads of communication take on theatrical significance even as they are diminished in their lack of corporeal presence.  As the anxiety heightens & singes my adrenal highways the paintings fall out of my hands like fairy gifts.  One after another they almost paint themselves.
There has been a suffusion of pink in many of the pictures and a release of restraint. Doodle Beach Island, that wonderful land of imagination, has become a great influence,  spreading its charms & inclusiveness over the geography of this abode. 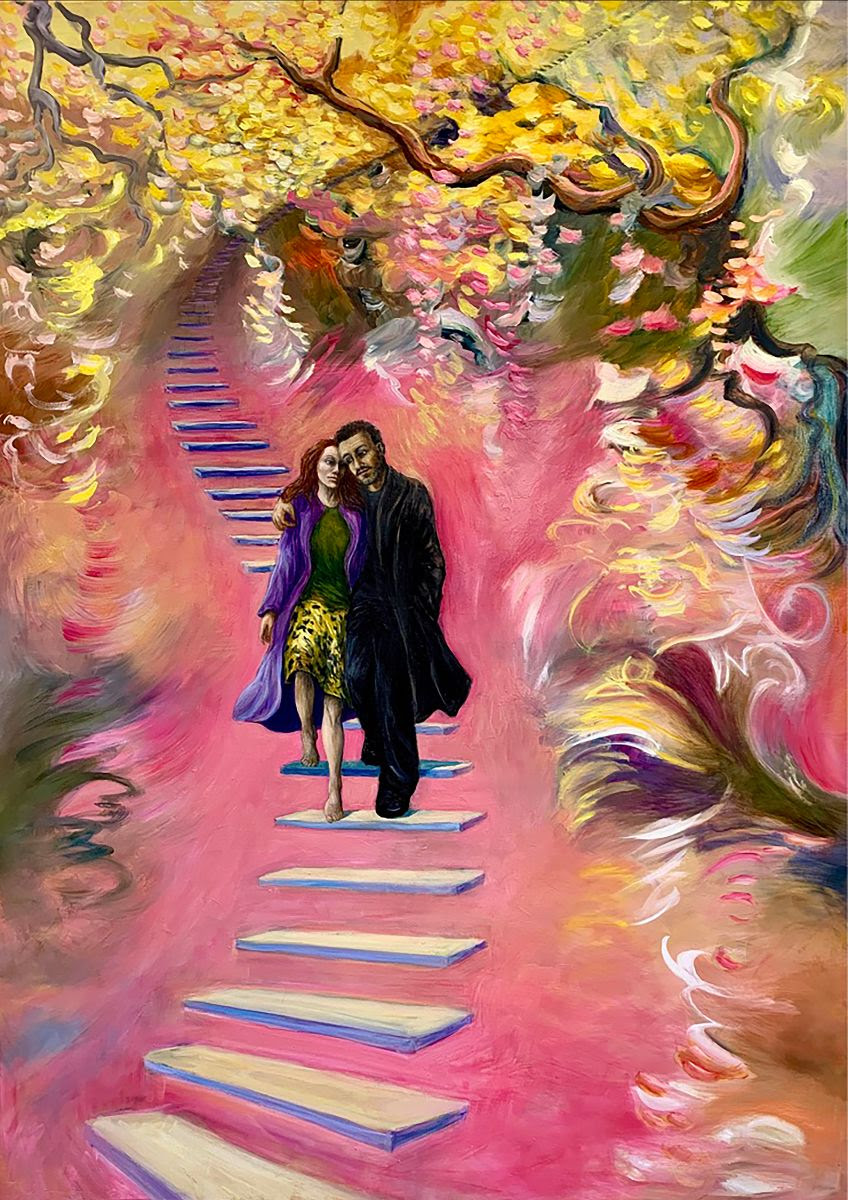 Little Mia is myself on the beach as a child 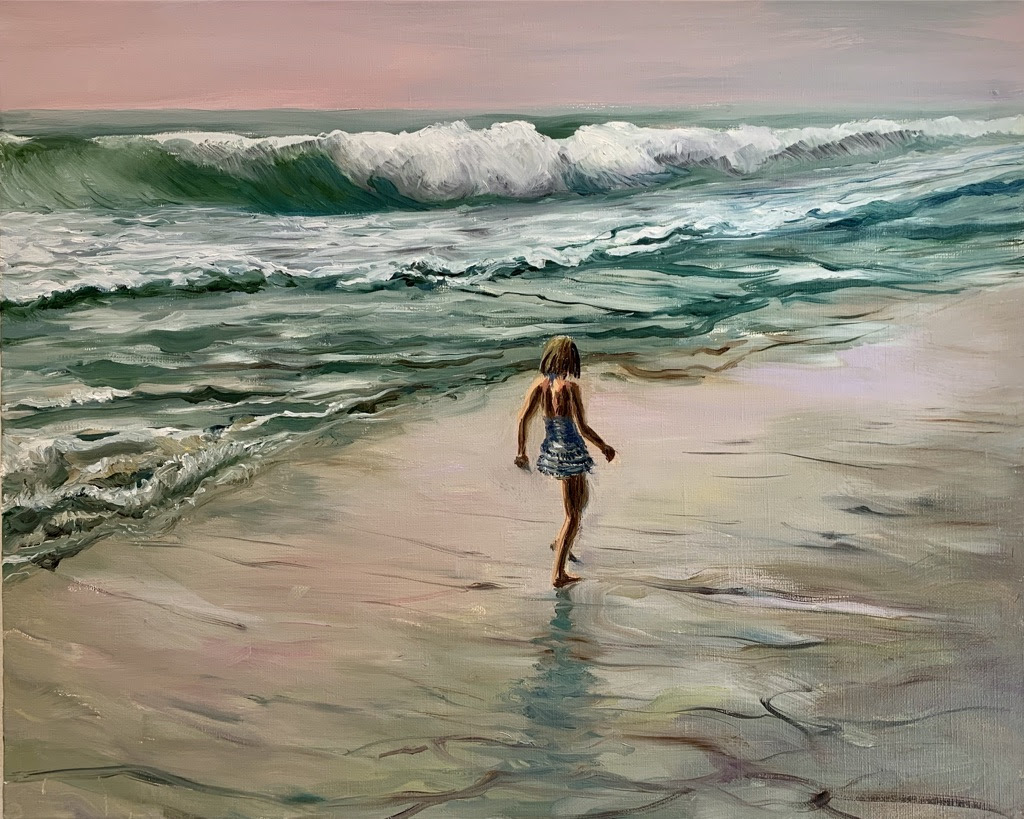 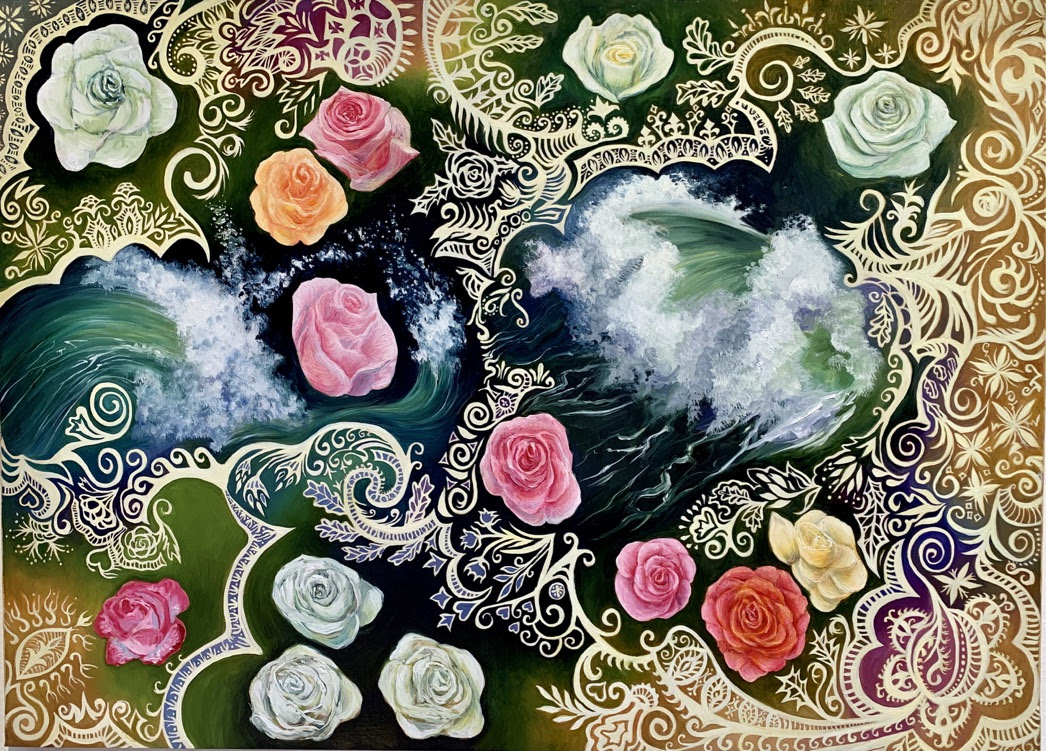 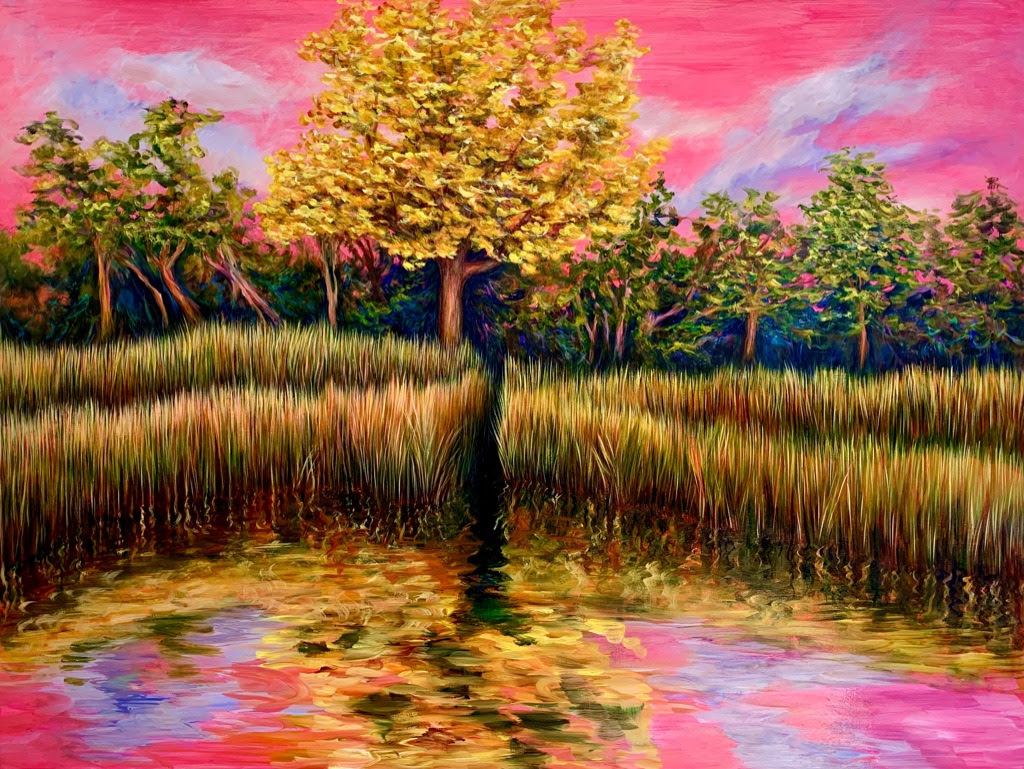 Shiva in the Forest is Shiva’s dance deep in the green, reflected

Shiva in the Forest 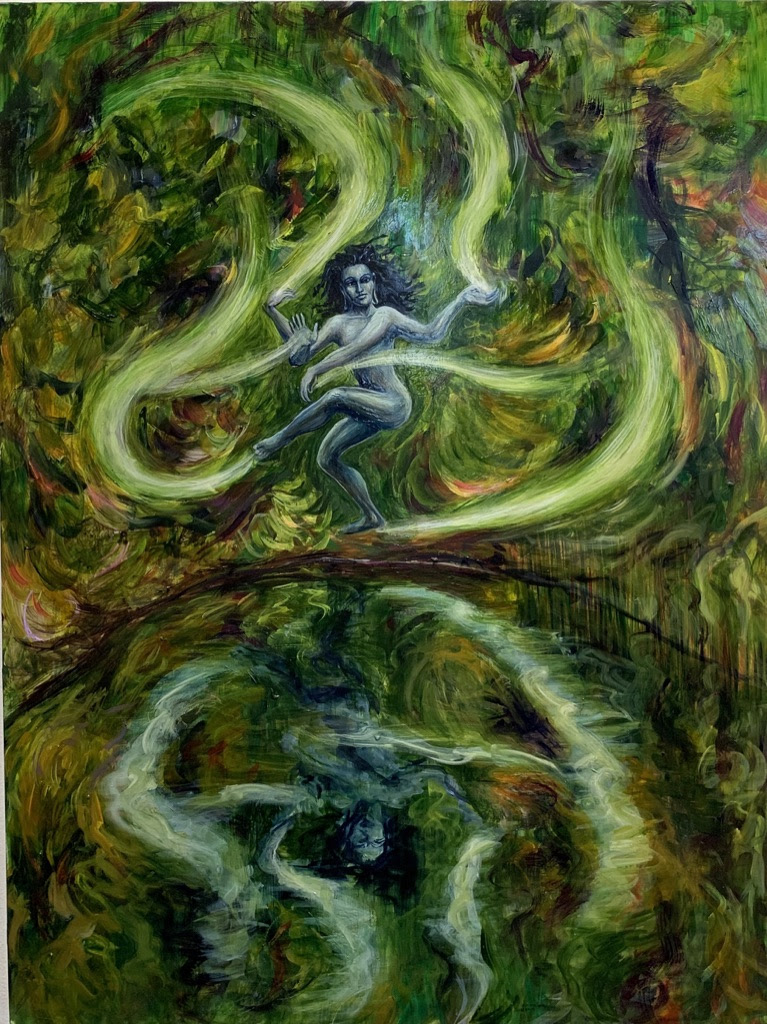 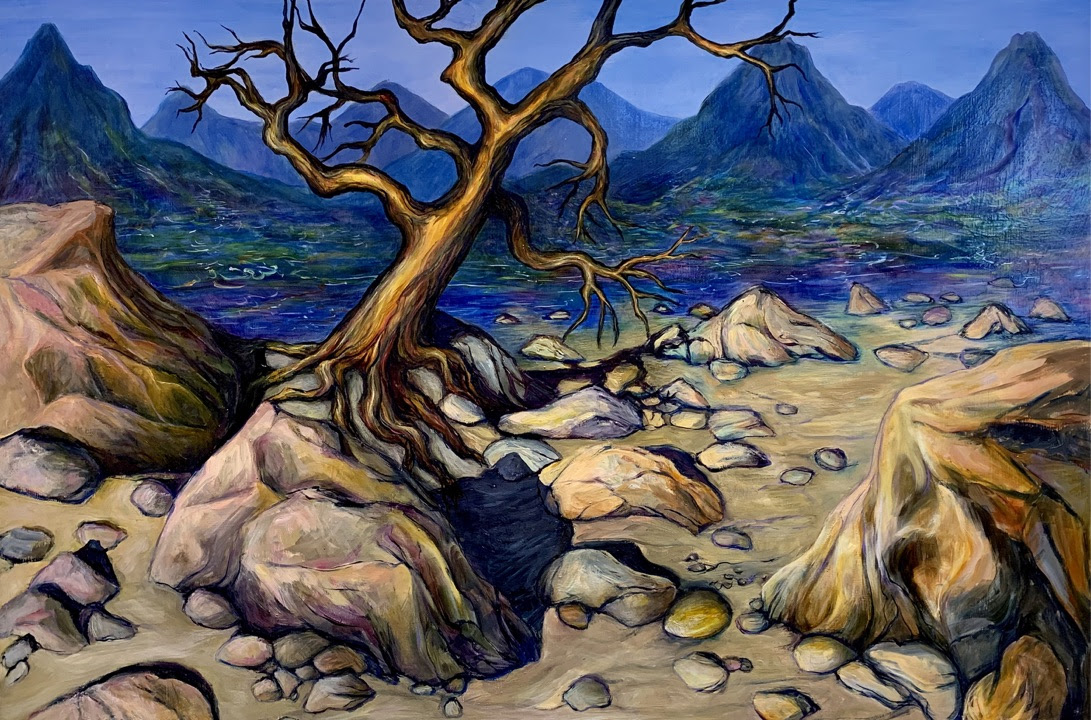 and then, of course, I wanted to paint Elfland flooding back in 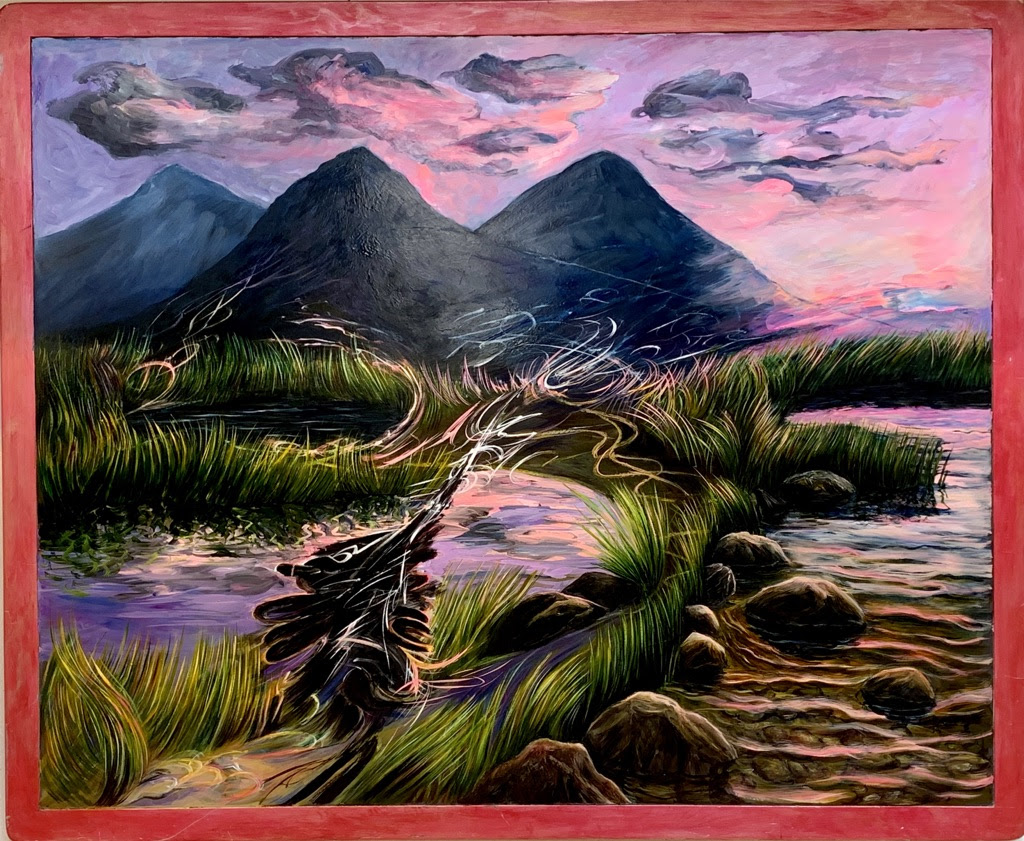 Juan Diego is from the story of Guadalupe.  Here he is revealing the miracle of roses in his tilma 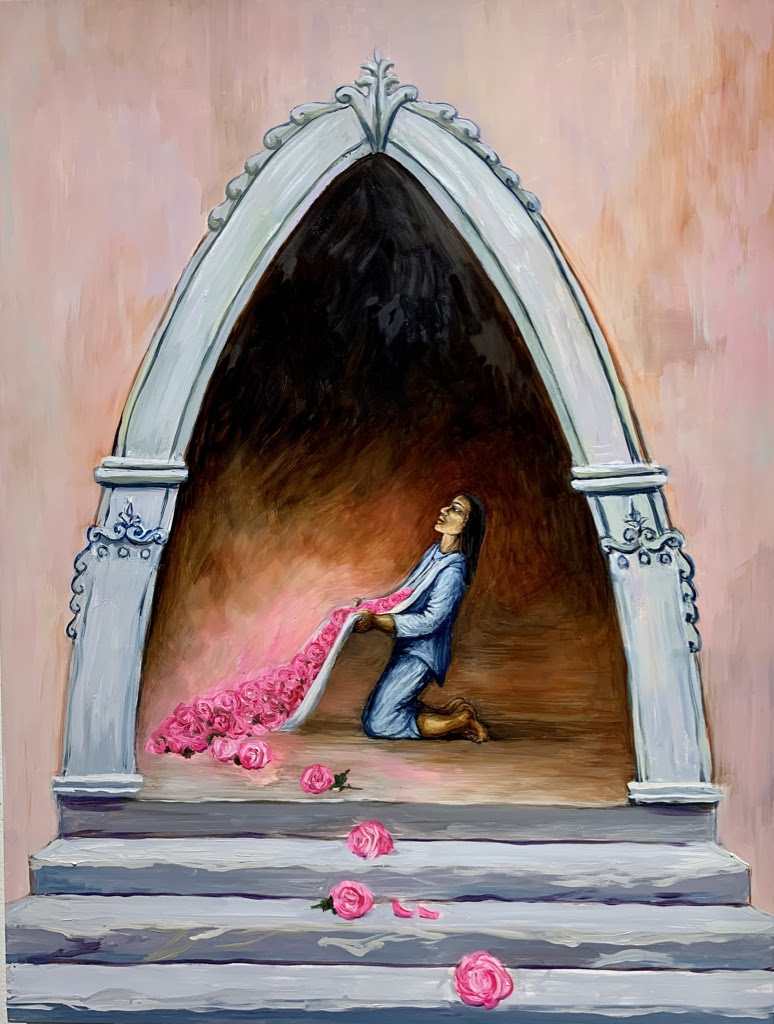 Runaway is inexplicable &, at least to me, inevitable given my fascination with water and falling down buildingsIt’s now November. 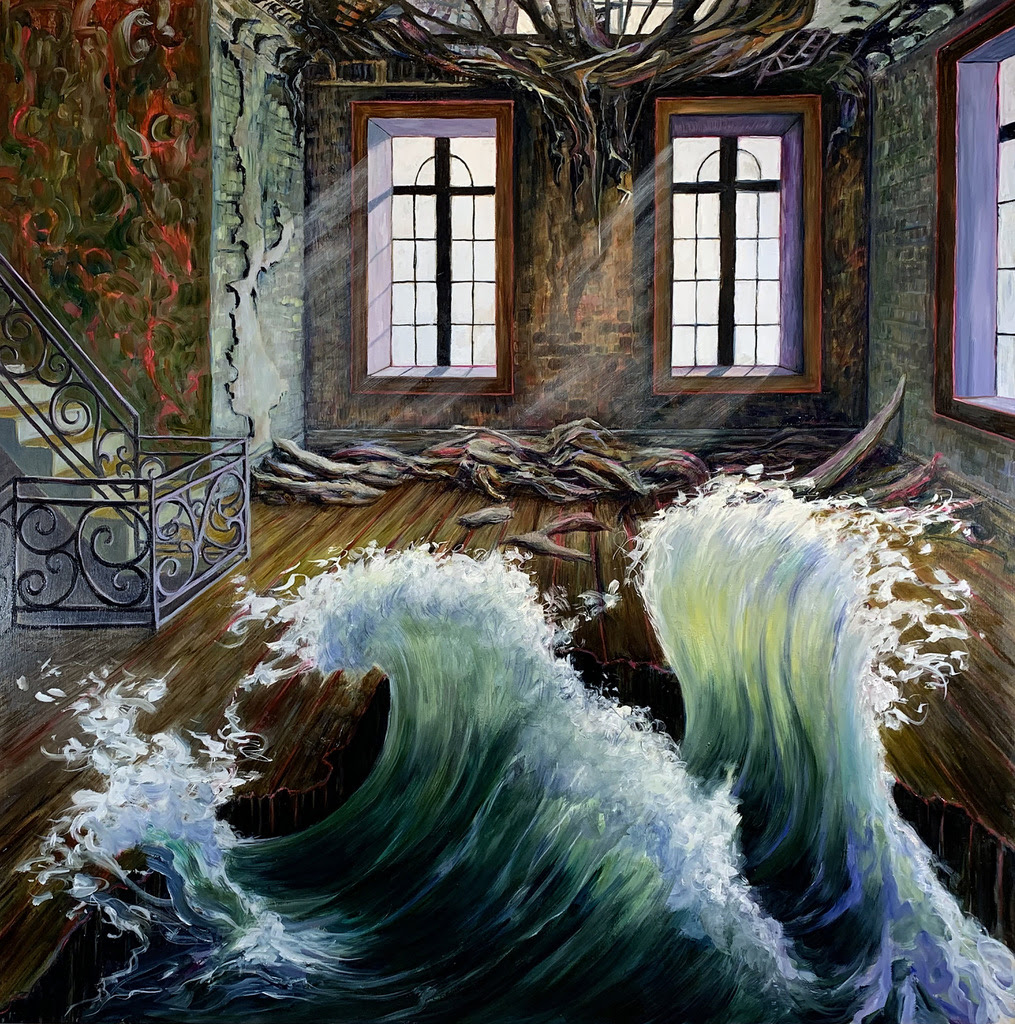 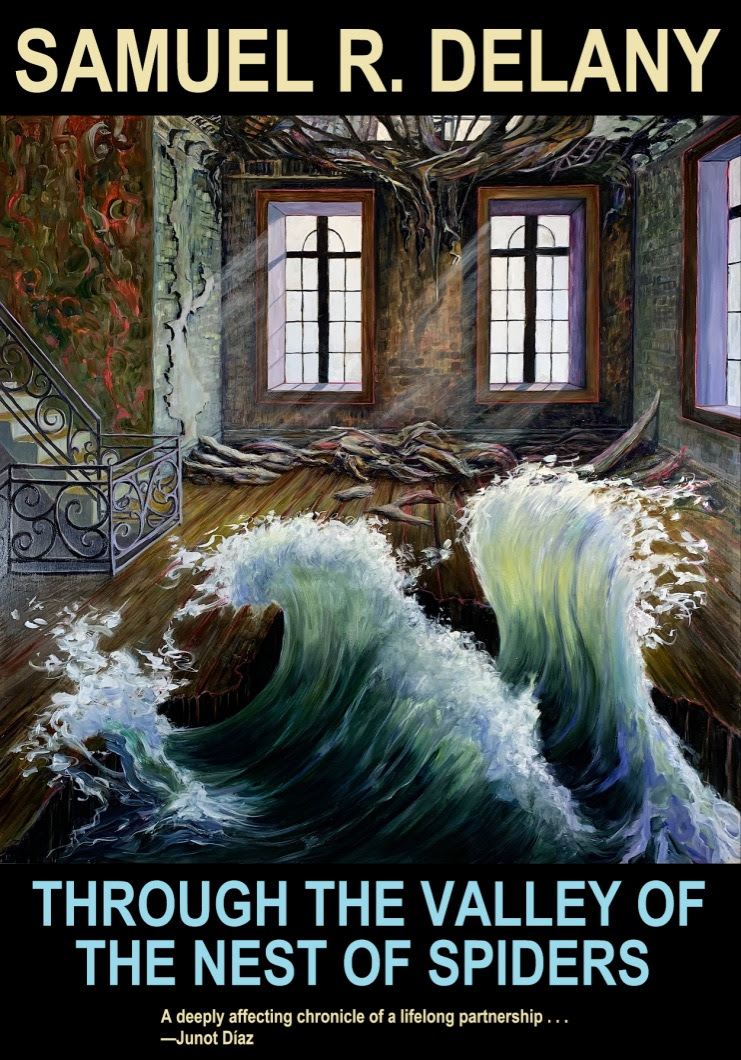 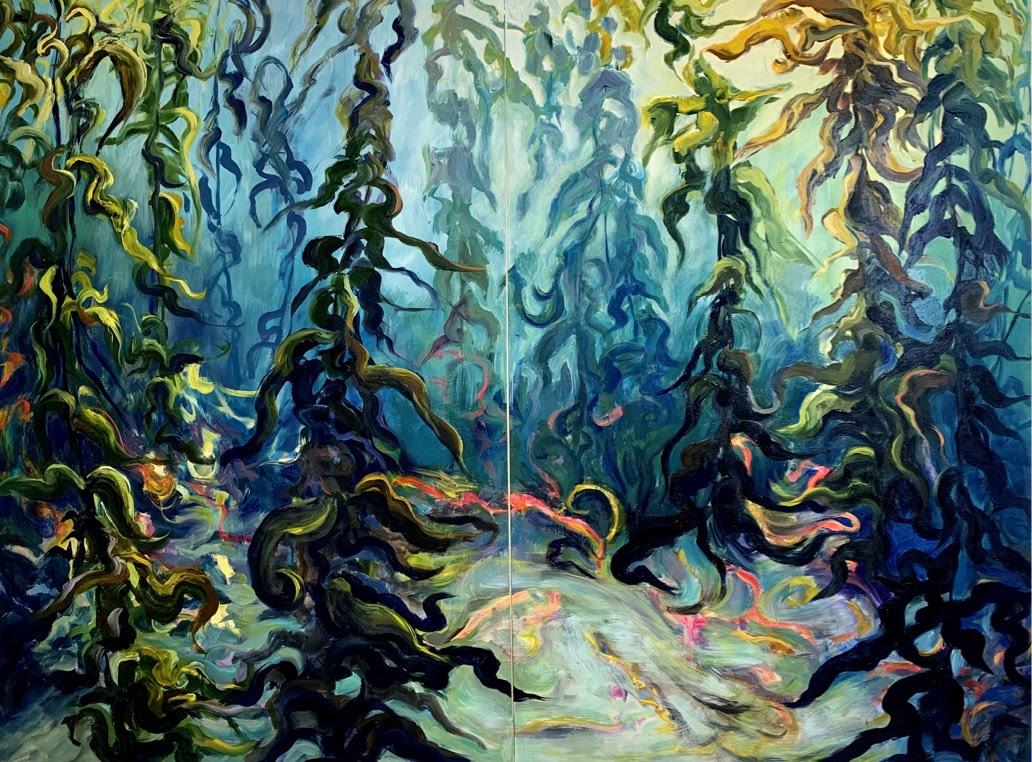 Maybe next time I’ll include all the paper paintings that happened along with these.
Hope all are surviving & somehow finding beauty in the universe.