The origin of this creature was a dream. In it the catspider was all black— a kitten, really, although its spider part was in proportion, thus a giant spider melded with a small, cute, black kitten. The creature was equally endearing and freaky. I love cats and have been for much of my life very leery of spiders. But in the dream I followed the frightened animal down my stairs and rescued it from underneath a parked car. I brought it back up cupped in my hand, its long, furry spider legs curled in my palm.

From that came many paintings. This hybrid sentience became many, and of many colors. It became a familiar/ guardian angel. It also became a narrative device. I did four paintings that I think of as individual images and also as panels in a graphic story. The catspiders peer from cliff sides down at a canoe rushing away with the current. Inside is a red-haired woman lying on the floor of the boat, and the boat is pierced with swords. That came from a tarot card I pulled— thought it just about summed up certain passages of life.

From there to a strange city: The City of Green Fire, also from a dream. Through a night of fireflies the canoe is beached on a spit of land rich with exotic, crazy plants. The many-hued catspiders collect around the boat and look in. The story leaves you resolved in paint but open to many possible chapters in story/ dream.

All images will enlarge & many have stories 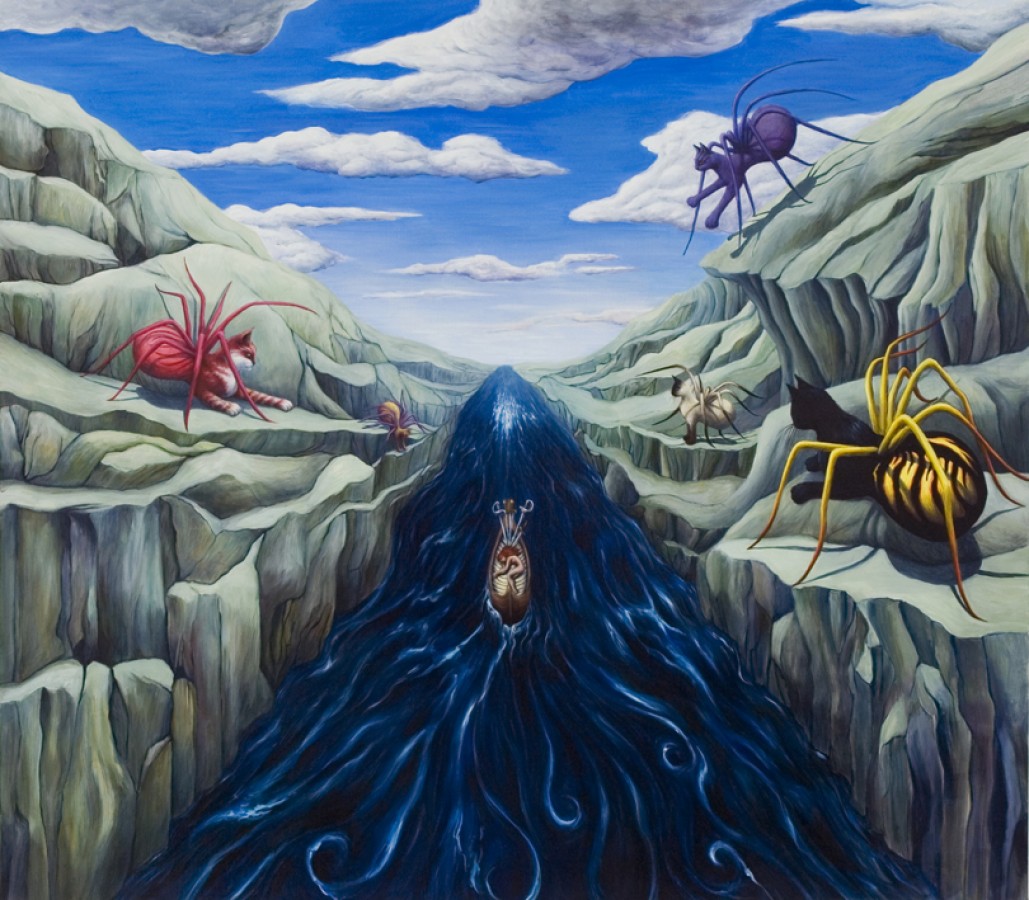 What Shape What Place 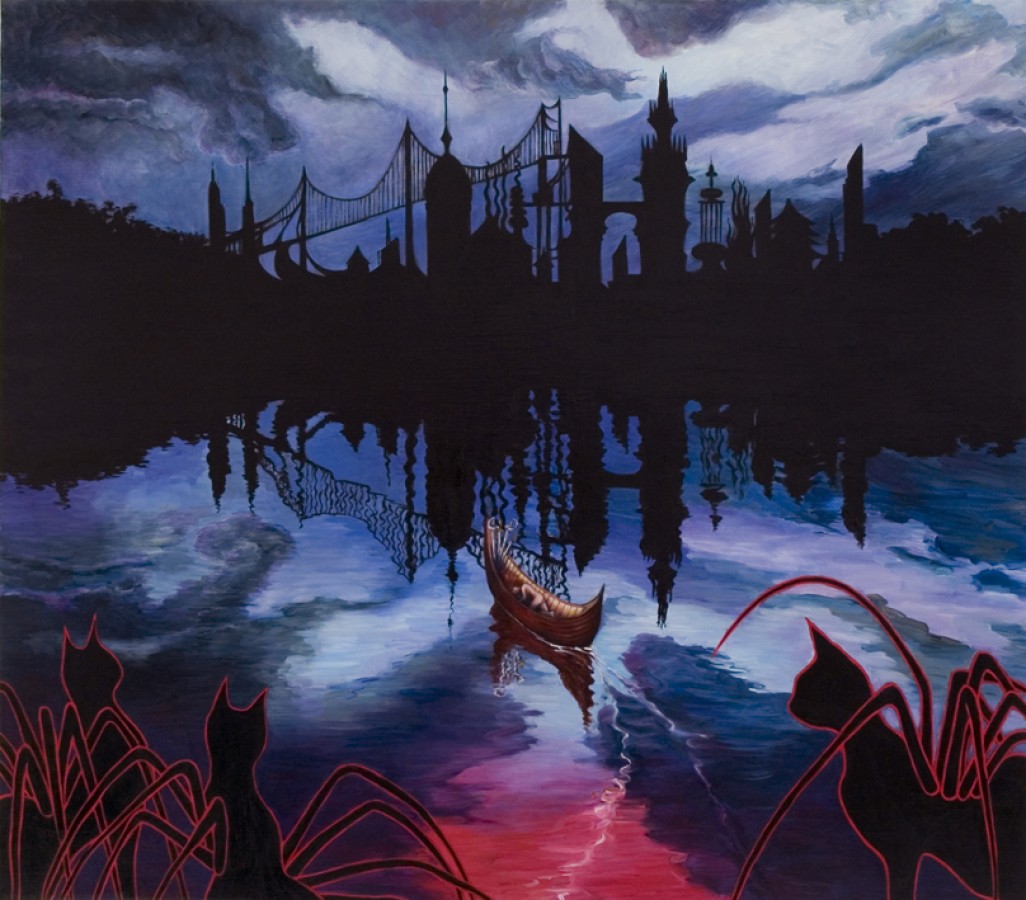 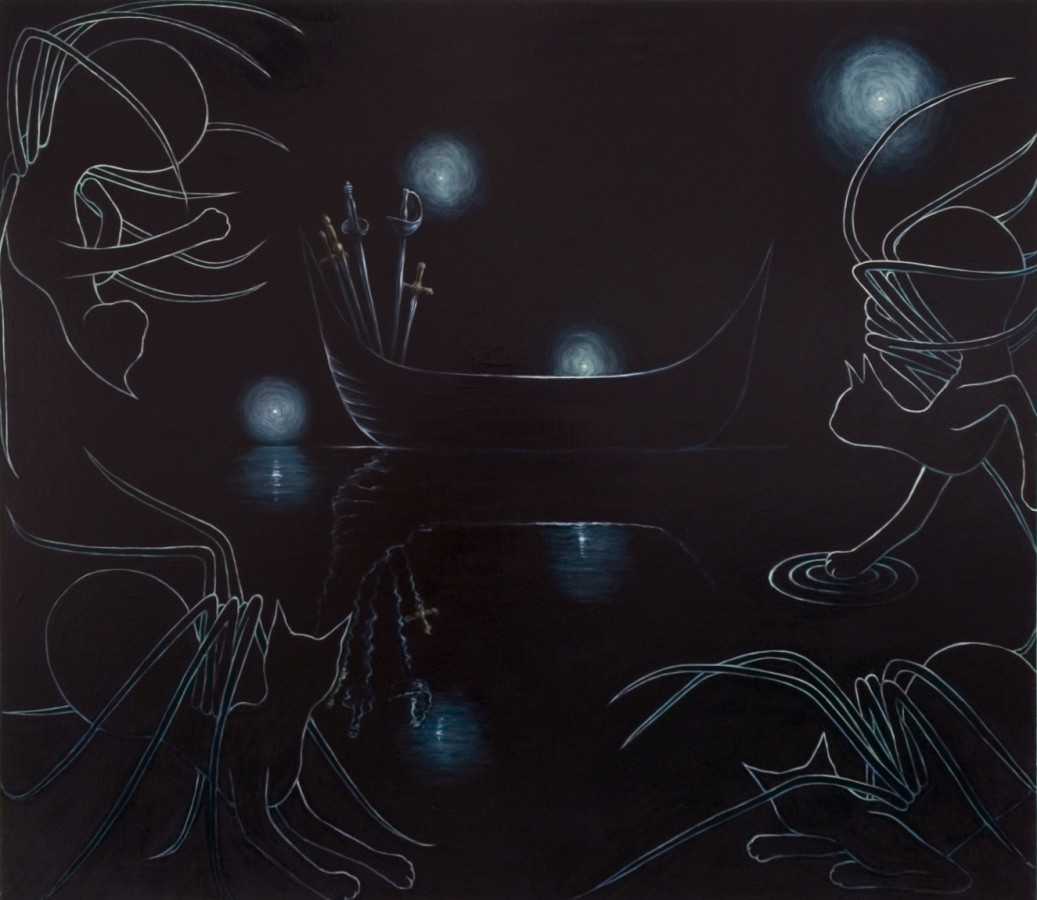 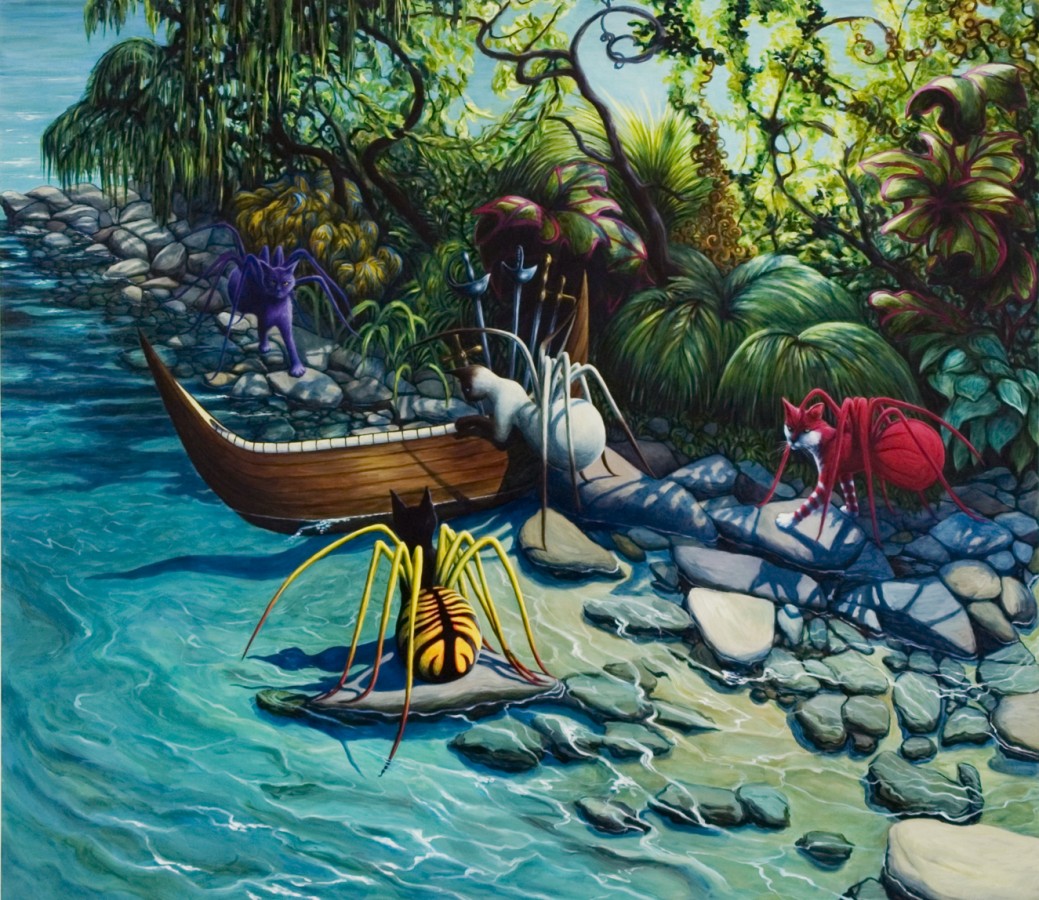