Sometimes the stuff in my brain calls for action, interaction and a mélange of imagery. This results in some odd depictions. To me they seem incredibly logical, there being no other way to record the particular opera that has grown in my mind. It doesn’t always happen all at once. There may be some place or incident that beguiles me and hangs around in the image bank, sometimes for years. And then some other bit of matter comes in and partners up, and then I know a painting is brewing. In the process of painting it does happen that a major character may get dropped. For example, the painting Serious Swim was from a dream where I was swimming in a river, and then in an alcove off the river in a pool of stars. Originally the painting included the figure of a woman swimming—but midway through I realized that wasn’t right and she had to go. It was truer to have just the water, the trees, and the underwater stars. And then again, sometimes things get denser in the process and details become more detailed, colors multiply and the flat mixes with the illusionistic; think of a stage set making friends with the wilderness.

The paintings make me happy, especially if I get within spitting distance of the original in my head. There is something right about these visions and it seems to be my job to try and depict them in the material world. I always hope that the viewer will experience something of that. It doesn’t matter if they know how I think about a Sphinx or the man pierced by birds in the falling-down house. The paintings don’t have narrative parameters, even though they have elements of story. They are all letters with your name on the envelope just below and to the left of the off-world stamp.

All images will enlarge & many have stories 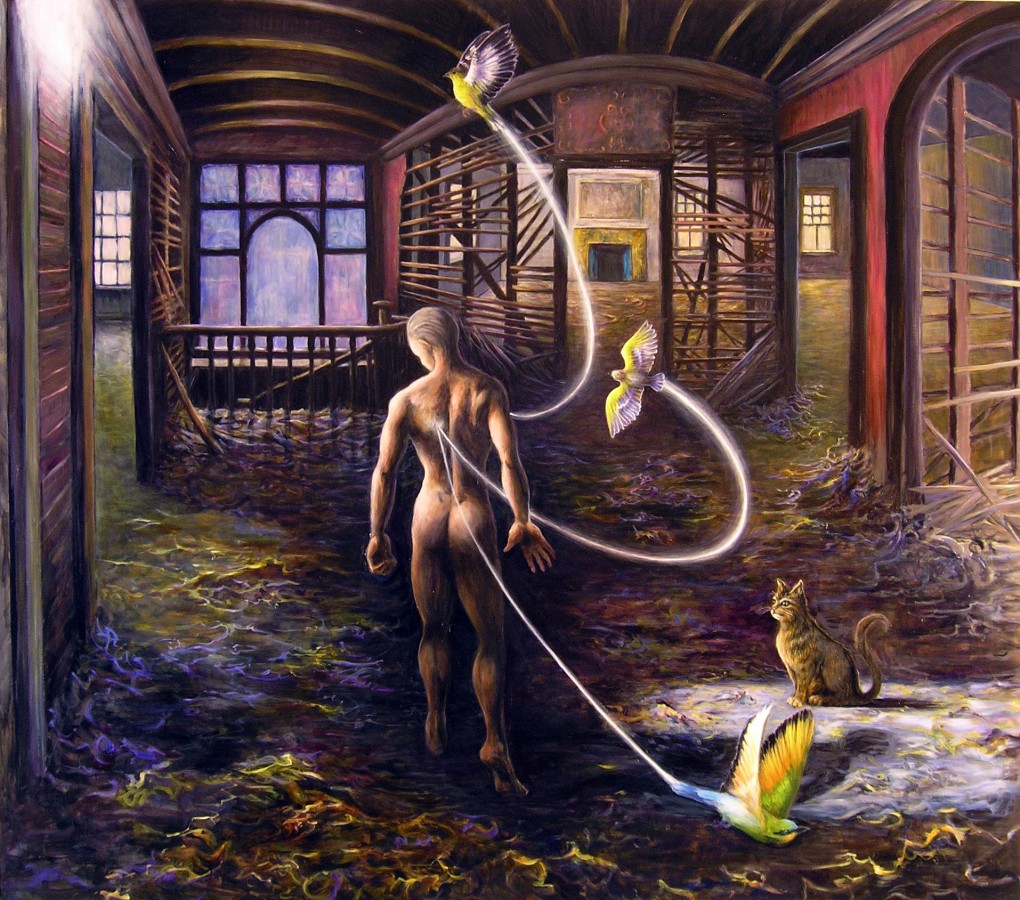 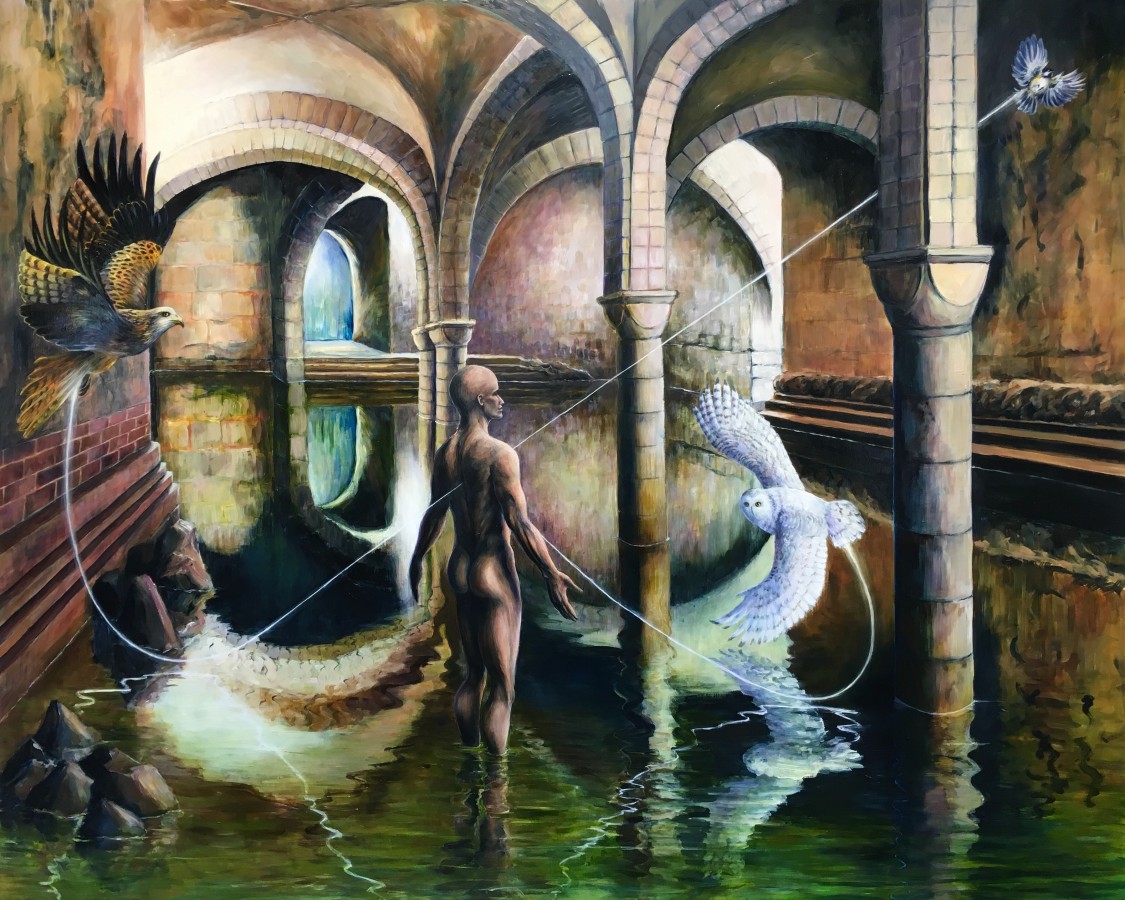 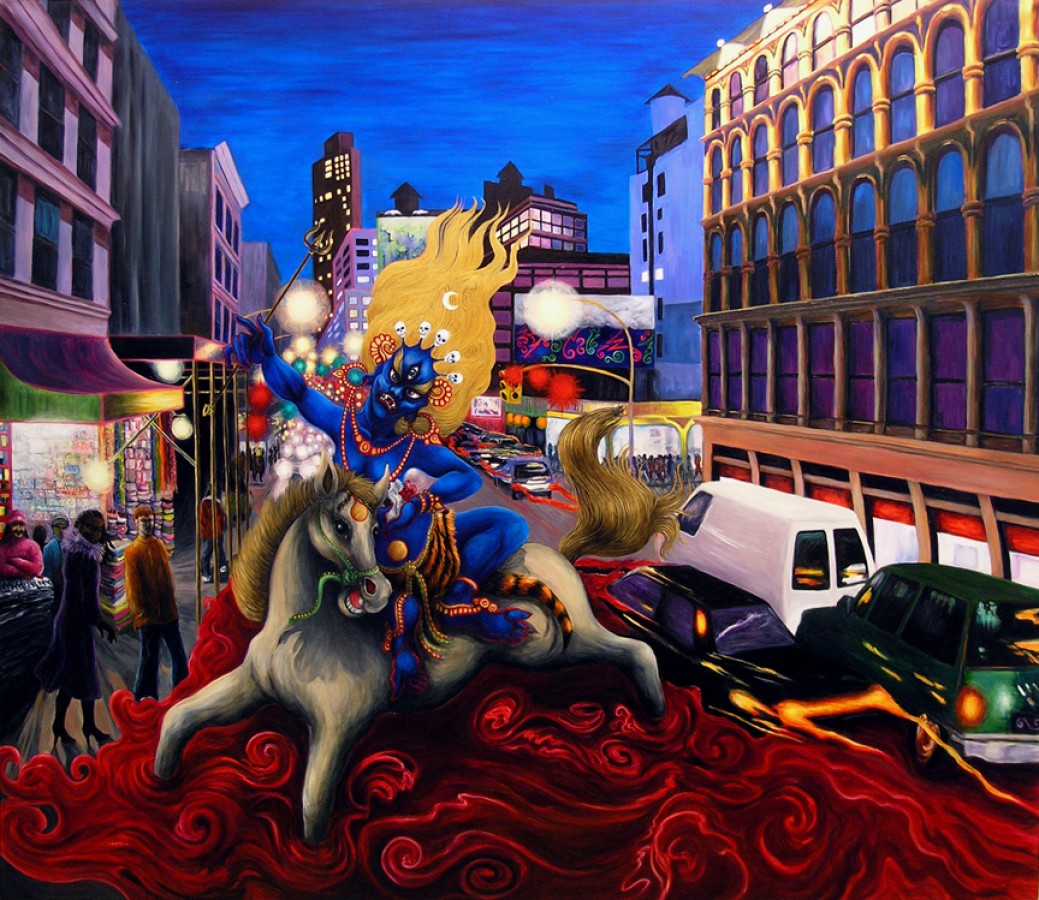 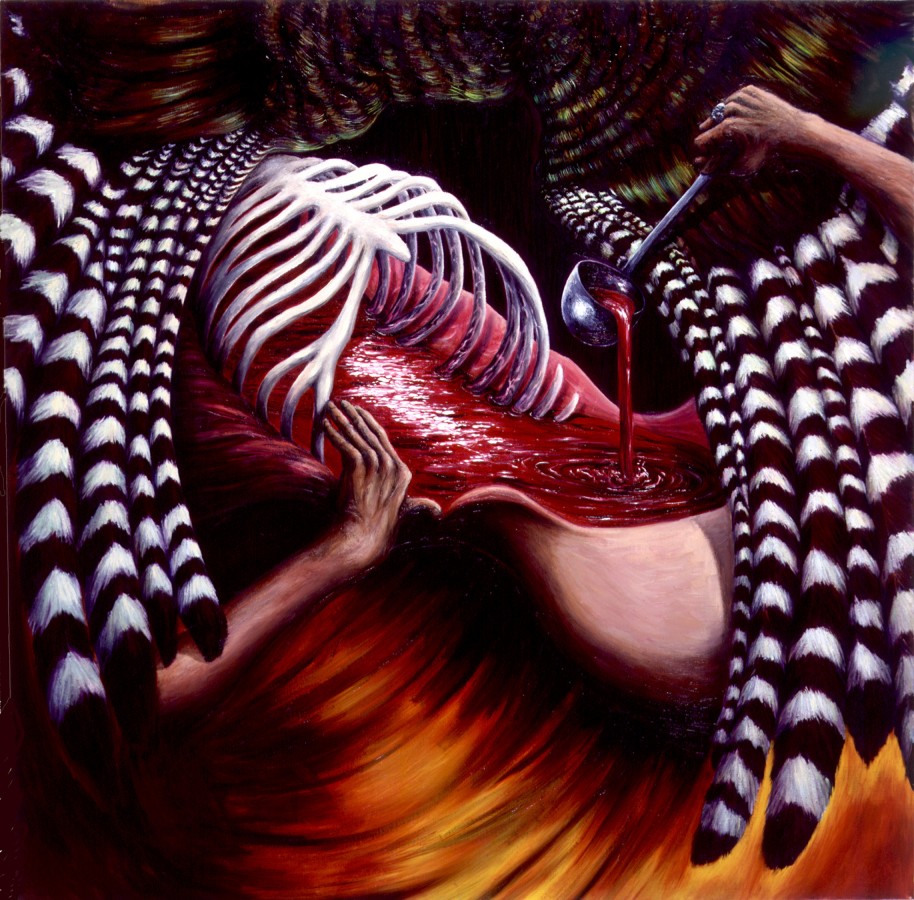 Ladle of Blood / Heart of Wings 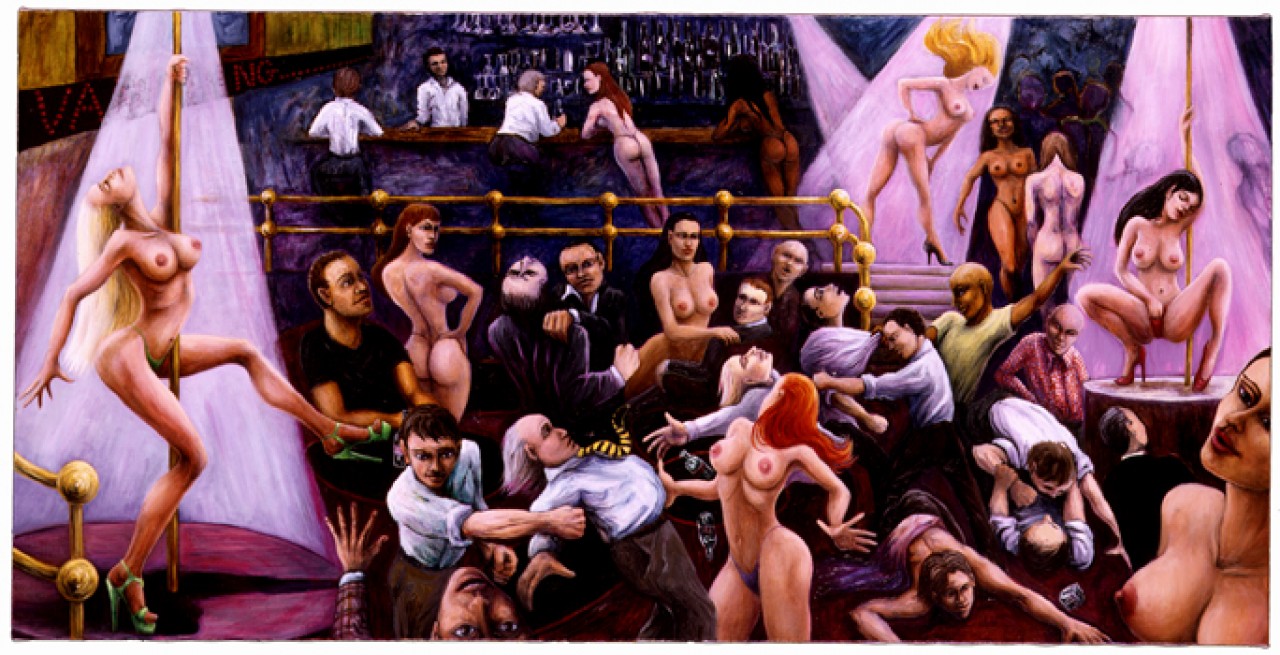 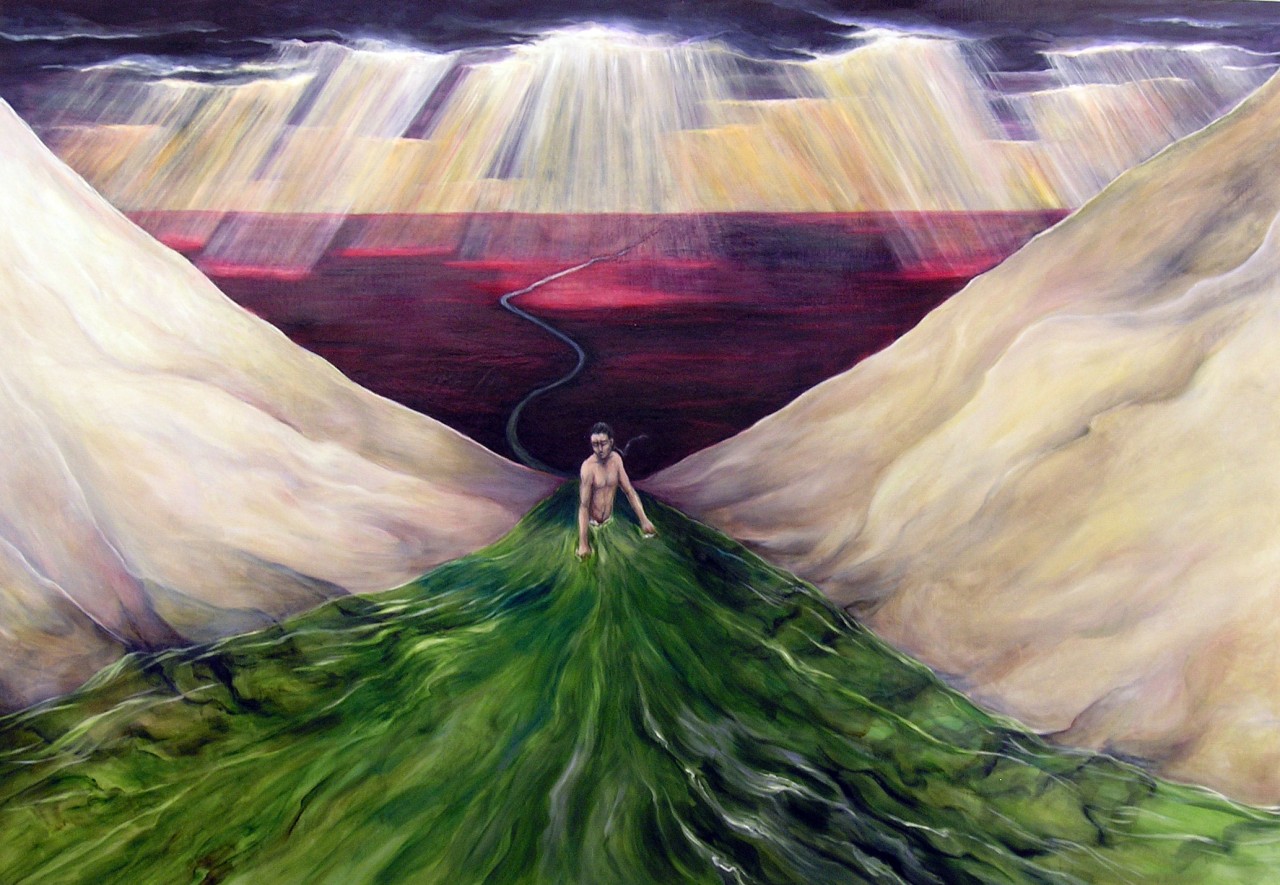 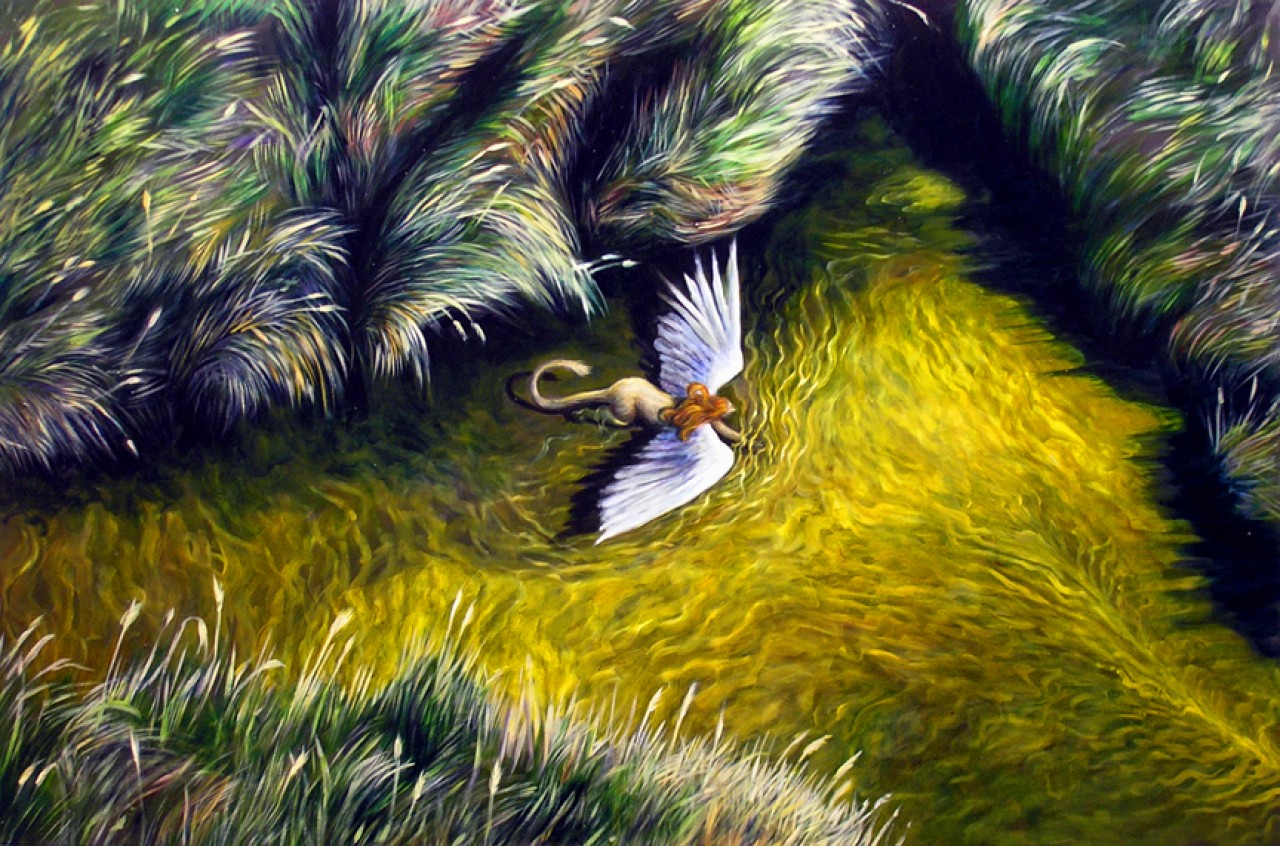 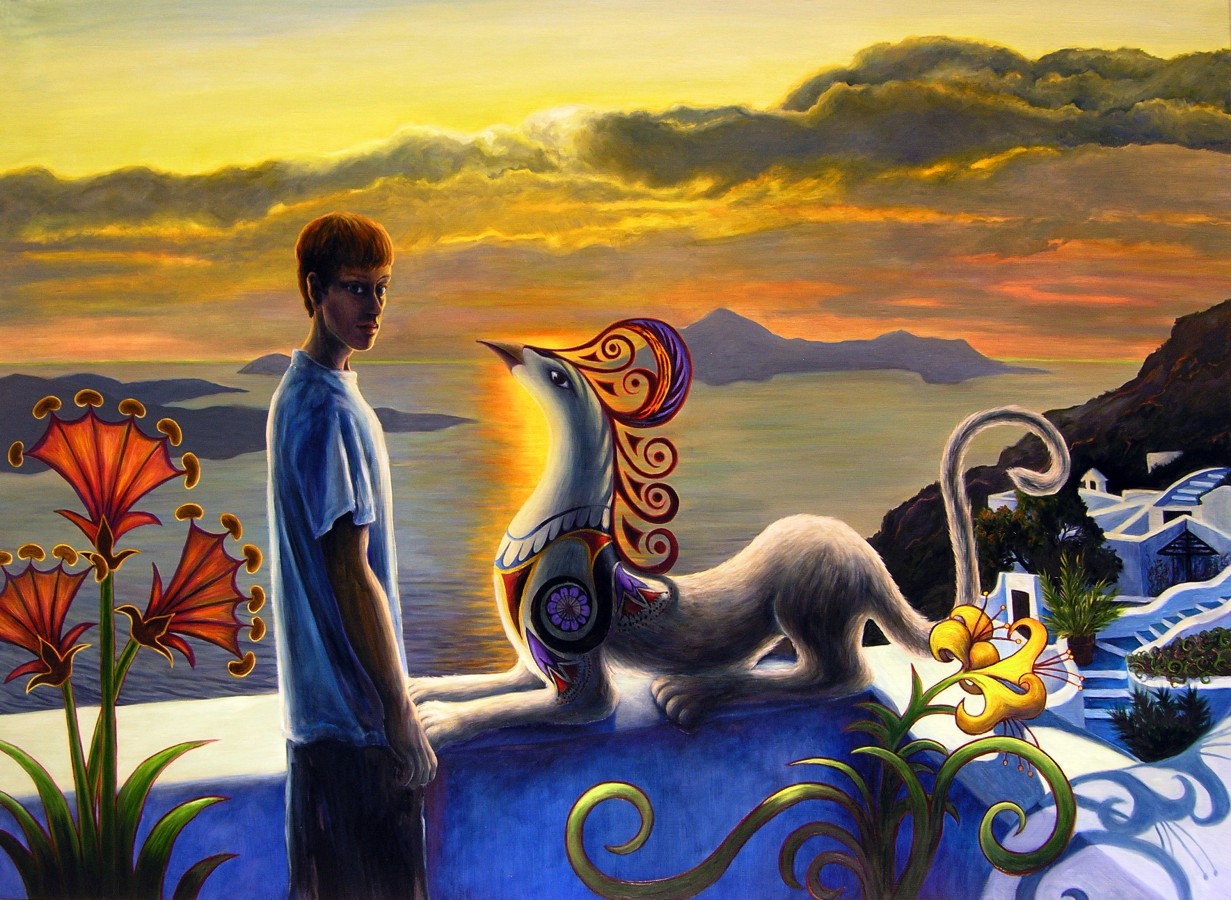 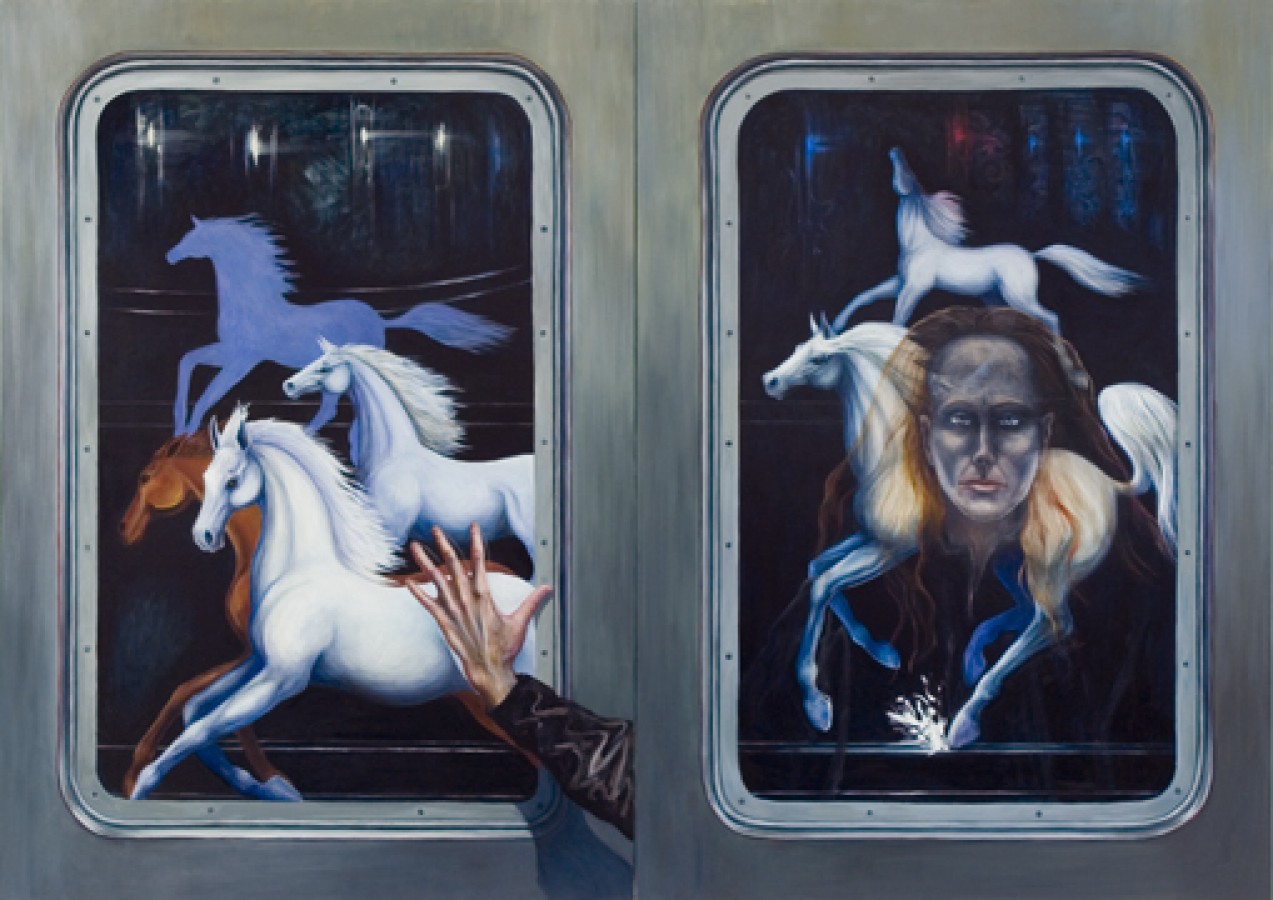 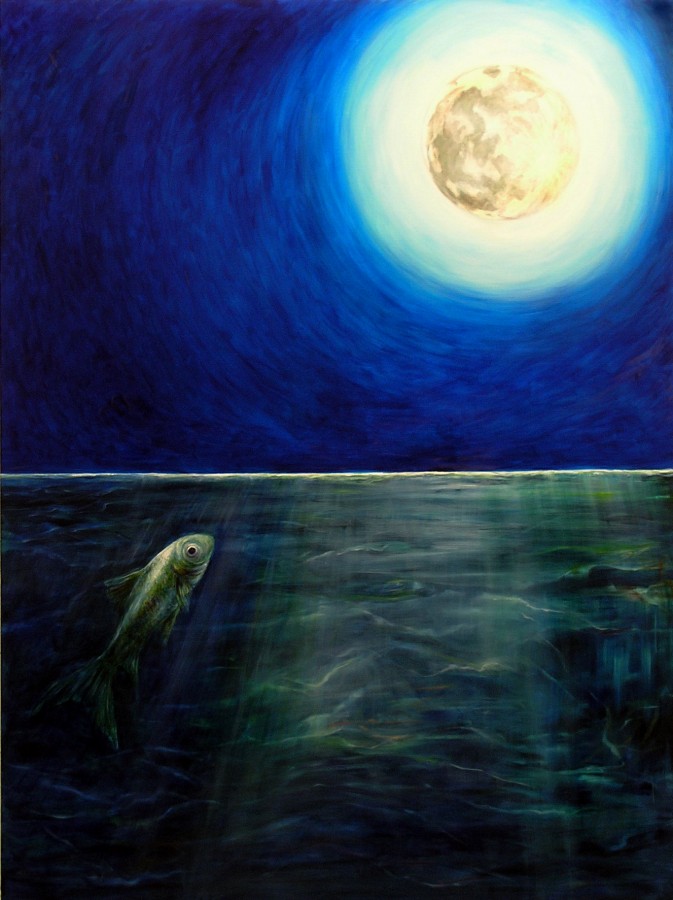 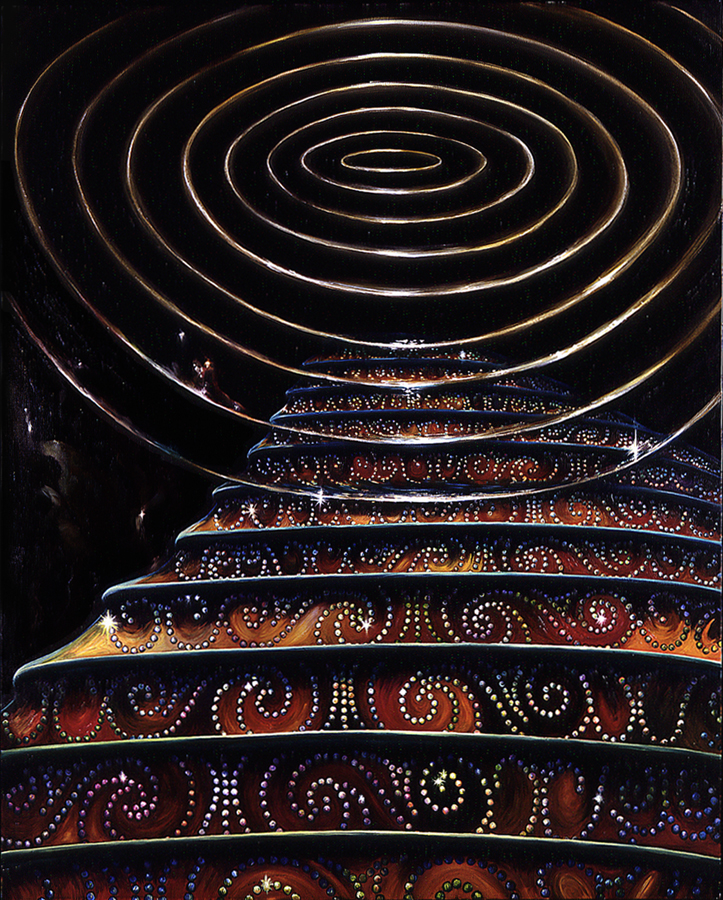 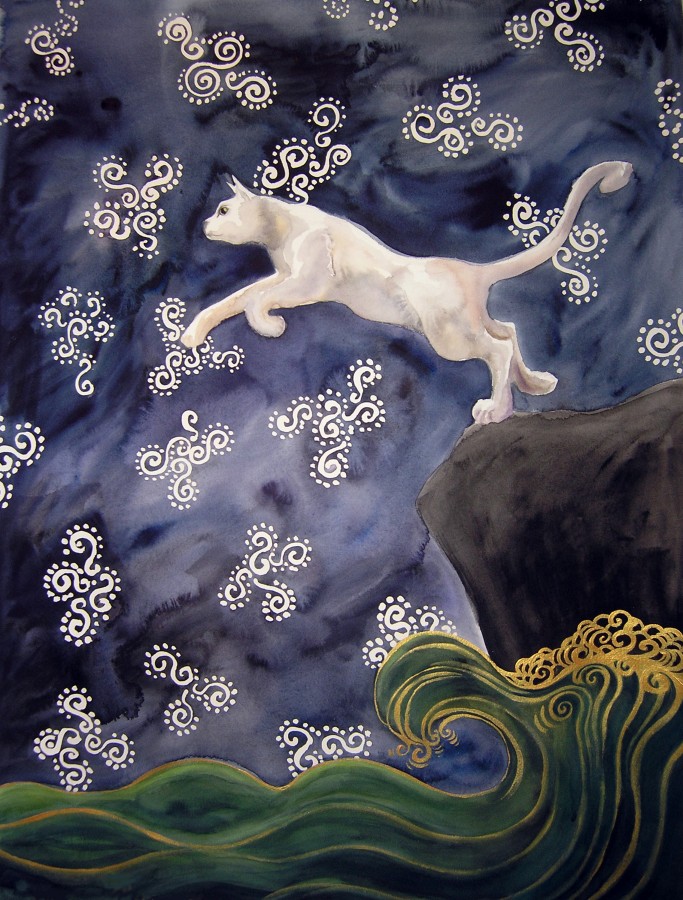 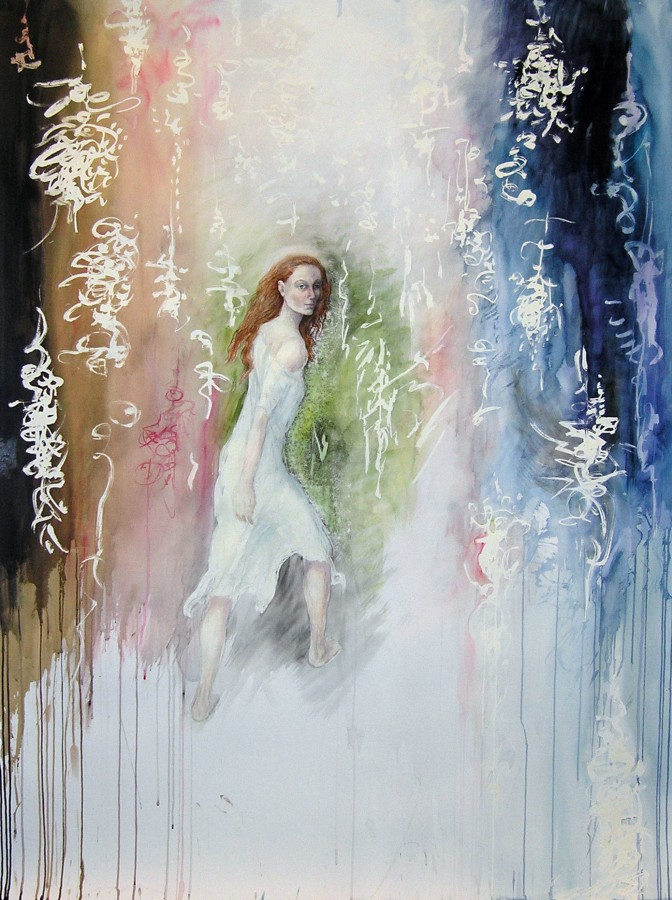 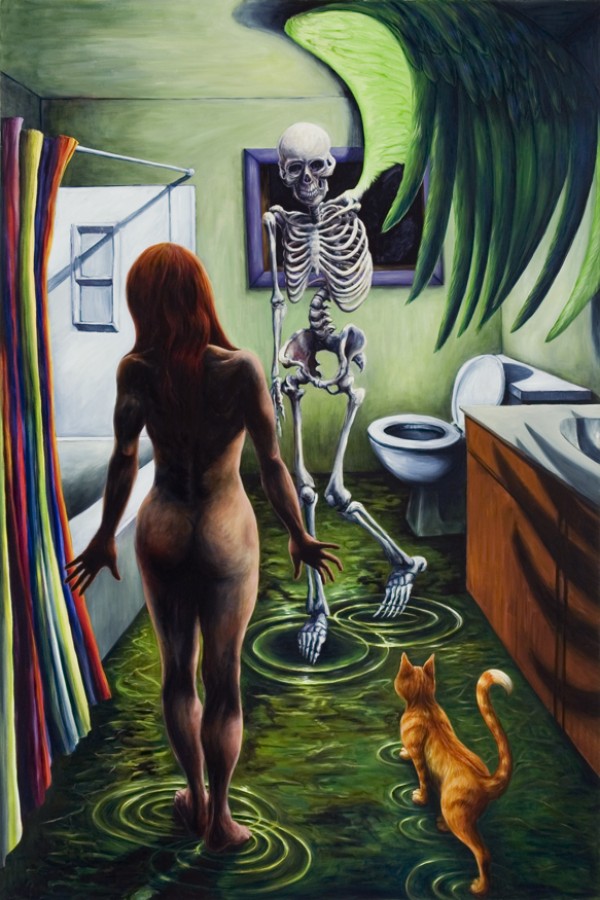 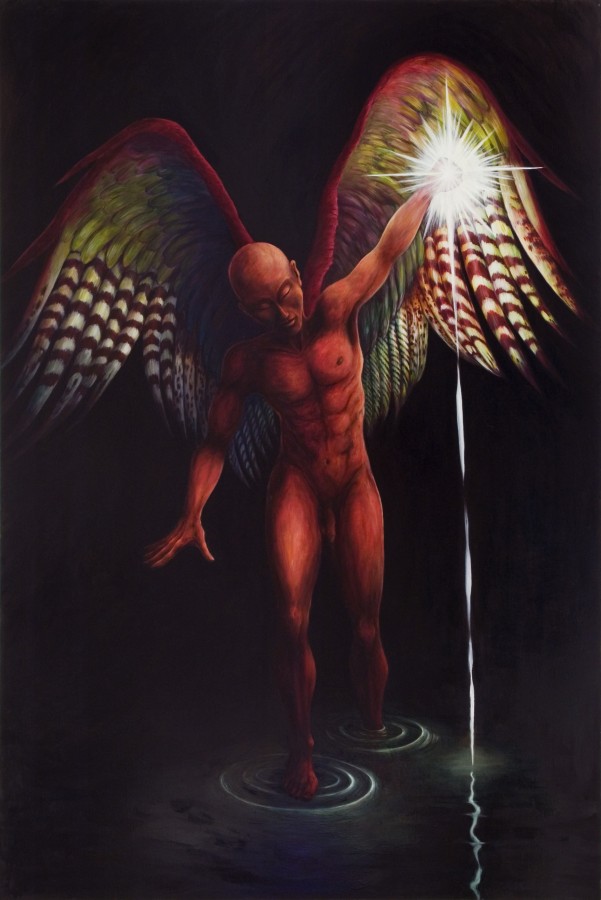 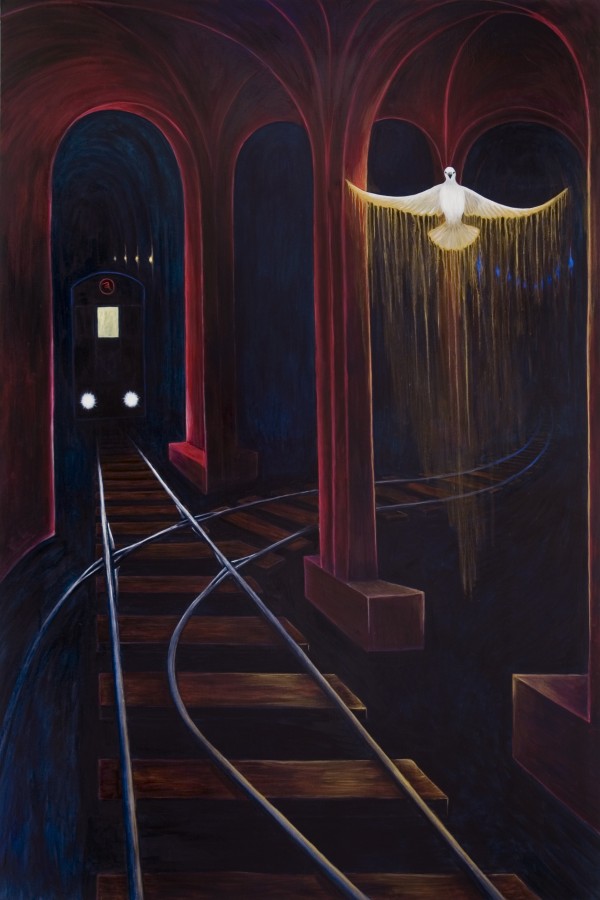 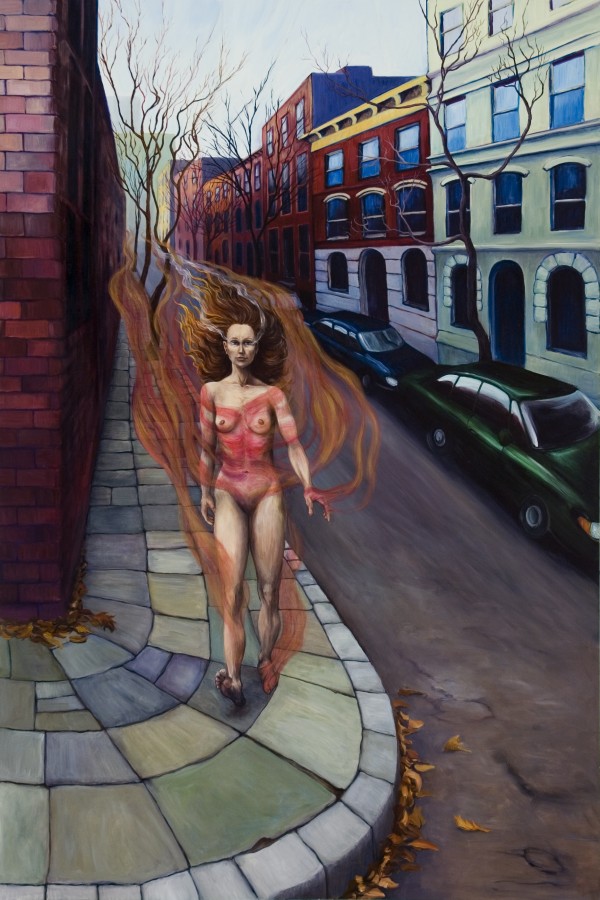 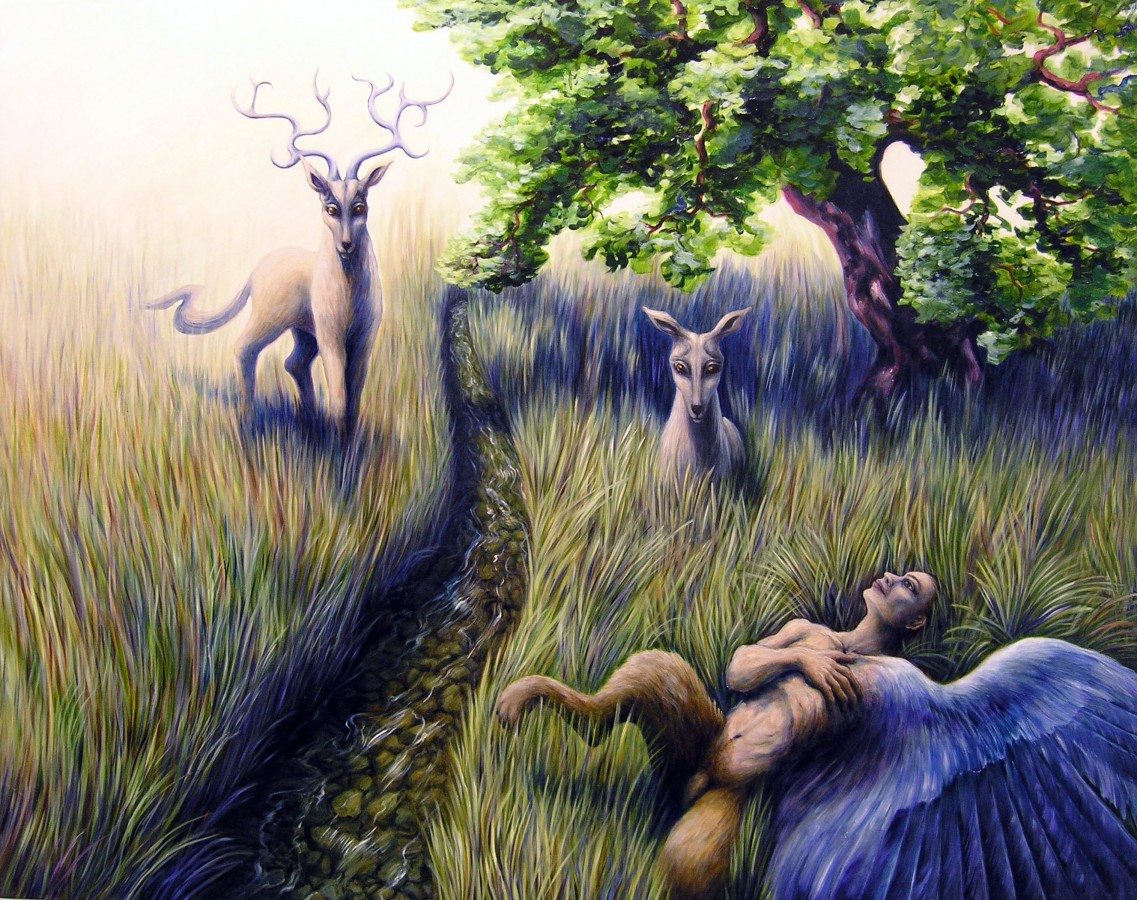 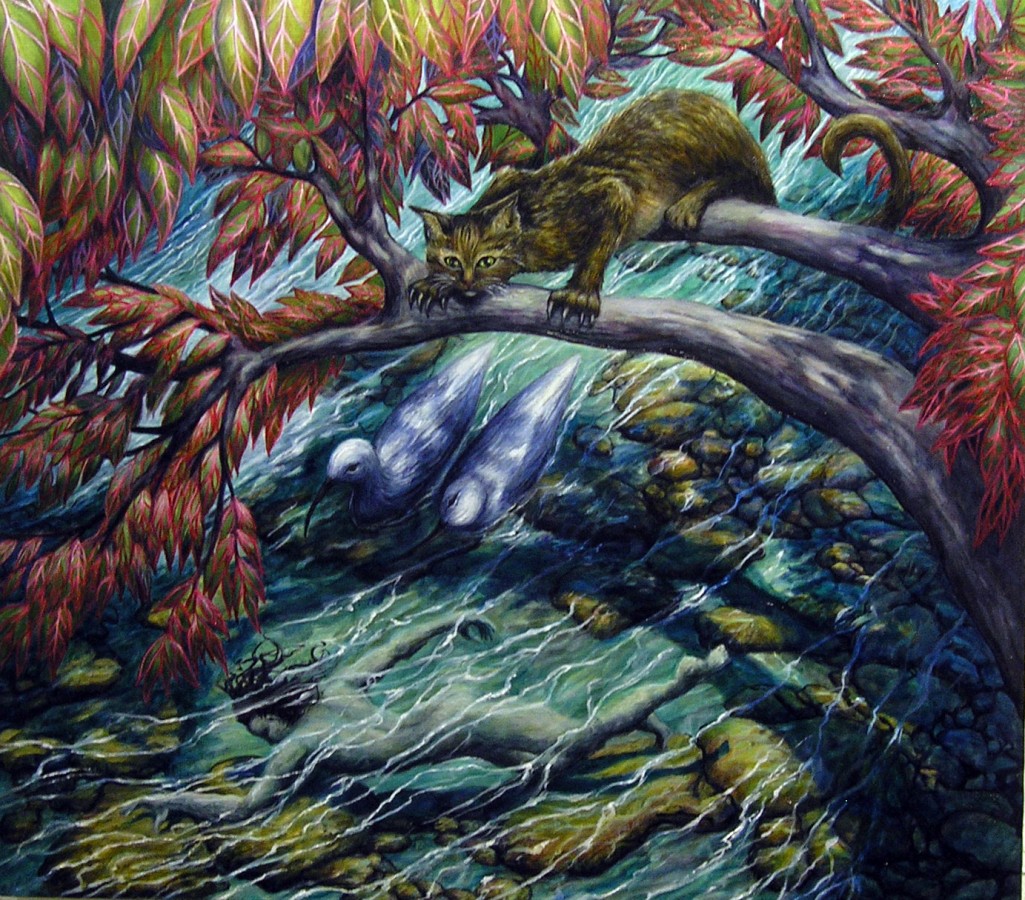